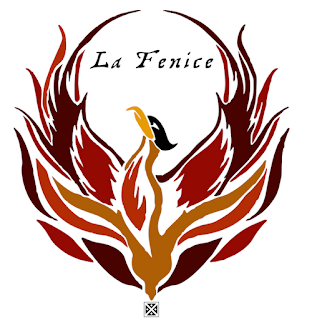 The Austin Commedia Society, known for its enthusiastic and hilarious modern interpretation of the influential style of Commedia dell'Arte, has reformed under the name of La Fenice, Italian for The Phoenix. The debut performance of their newest original scenario, Suitors and Tutors, directed by Dr. Gian Giacomo Colli of international Commedia dell'Arte fame, will be held on Fridays and Saturdays at 8pm, January 15-30th at Club Deville (900 Red River), indoors or out.

Suitors and Tutors features four of the original members of the Austin Commedia Society, Aaron Johnson, Paul Joiner, Genevieve Kinney, and Kate Meehan, and includes Adam Rodriguez, Esthers Follies alumni and stand up comedian. La Fenice is also thrilled to host Dr. Gian Giacomo Colli as a guest director. Born in Italy to a performing family, Dr. Colli has studied under the God Fathers of Commedia earning an international reputation as one of the great Italian comedians. Currently, he serves as an Assistant Professor of Theatre at Franklin & Marshall College in Pennsylvania.

Suitors and Tutors follows the murderous Pulcinella as he scours the countryside for the witless Smirildina, the only witness to a heinous crime, who has taken up service with the wealthy and beautiful Isabella. In his bloodthirsty quest, he makes an orphan of Isabella, who is forced to enter the household of her ancient and recently impoverished god father Pantalone, who has his own designs on young Isabella's wealth. Complicating matters is Pantalone's conniving servant Brighella, who has plans of his own. In this fast-paced, mad-cap production, identities will become confused, blood will flow and assets seized as all players scramble to achieve their varied goals.

For their debut performance, La Fenice is excited to renew their relationship with Club Deville, the location of the first Austin Commedia Society production in 1999. Call(512) 539-0358 for reservations.

Posted by none at 10:27 PM No comments: Links to this post

Late Sunday evening we're home from an exhausting but productive rehearsal. Three sessions in and we've improved through the whole scenario. We've roughed out the choreography of the final fight scene. We've made the funny.

There's no more vicious and exacting beast than comedy. We ride her as she bucks and throws us, biting and kicking the whole time. Sometimes it's hard to tell whether it's the comedy or us that's doing the biting and kicking.

The ideas run like fire in the California hills. Each spark triggers another and another until it all devolves to ashes and giggling. I had no idea how much I missed it.
Posted by none at 11:15 PM No comments: Links to this post